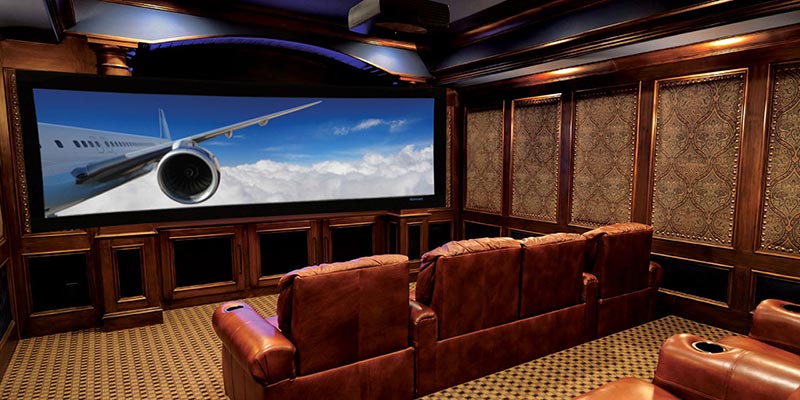 Projectors have recently become the preferred choice for people who want to experience the thrill offered by the huge projector screens of cinema in their living rooms. Besides being used as home theater projector, projectors are also extremely useful in office presentations where you want to connect with a large group of audience.

However, with plenty of types and brands of projectors to choose from, you can easily get confused and might even end up spending precious money on a device that is not meant for the desired use. It is, therefore, highly recommended to research the various available options and understand their features like lumens, contrast ratio and resolution etc.

What is projector ANSI lumens and what does ANSI mean?

Although lumens is not directly related to the size of the projected image, a larger image will need to be brighter because the projector needs to be further away from the screen and will need more lumens. The projectors available nowadays generally range between 500 and 10,000 lumens.

It is important to make sure that the projector lumens rating is measured in ANSI. Some manufacturers use different lumens rating standards just to make their numbers look higher when they are actually not.

How many lumens do I need?

Here are some things to consider while determining how many ANSI lumens you need:

What is the intended use of the projector?: If the device is going to be used as a home theater projector in a blacked out cinema room with no light, find a projector with at least 800 ANSI lumens. Owning a projector with more than 1200 ANSI lumens would be a waste of money (assuming your paying more for the lumens). If the room is sufficiently darkened but has a little bit of ambient light, a projector with 1500 lumens is enough to cast a bright image.

If the projector is expected to be used for multiple purposes, then consider the lighting conditions. If you plan on using the projector outside, find a projector with at least 3500 lumens and use a darker projector screen like a black diamond screen or a silver screen.

The size of the group of audience and throw: If the projector will be used for large audiences which require a larger screen, the projector may need more throw (the distance between the projector and the screen) and will need more lumens. For throw distances over 22 feet in a dark theater, you will need a projector with at least 1500 lumens.

The amount of light entering the room: A completely blackened out room will require 800 lumens, a bright room with windows and lighting will need at least 3500 lumens and a recommended darker screen.

The type of screen: There are several types of screens that can produce a bright image. In a blacked out theater setting, a white screen with a grain is perfect and will always reflect a bright, clear image without losing contrast. In a room with ambient light, the blacks will seem grey unless your using a darker screen, for example a silver screen or a black diamond screen will make the blacks look darker and delivering a better contrast ratio. If you plan on owning a darker screen, the darker material may make the image seem dimmer unless using a projector with at least 1500 lumens.

Viewing the most promising Android TV is the latest buzz in the town. Streaming set top box is required for viewing Android TV. The Matricom G-Box Android TV Box is recorded to be the world’s […]

How To Build a Home Theater PC (HTPC)

This is a step-by-step guide to assembling an HTPC from the base components, ending with a computer that can boot up and accept an OS + HTPC software. source Easy HTPC

This site uses Akismet to reduce spam. Learn how your comment data is processed.

Do NOT follow this link or you will be banned from the site!
Newsletter